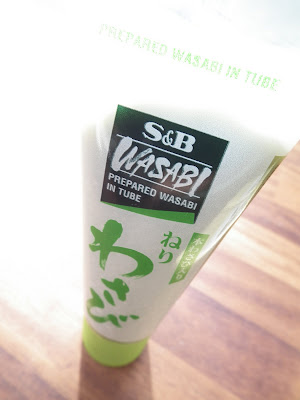 I absolutely love all foods with pungence (also known as piquance, spiciness, hotness or raciness). Capsaicin in chillis, piperine in peppercorns, gingerol in ginger, allicin in garlic and allyl isothiocyanates in mustard, horseradish and wasabi.

I have been dreaming about this glorious combination for quite some time. I wanted to make this an unbaked cheesecake, and as I have stated before, I deteste gelatine in cheesecakes. I eventually got around to making it and adapted a recipe that one of my friends created during her GCSE Food Technology, many years ago. This recipe uses chocolate, cream cheese, condensed milk, cream and wasabi. For the base, I decided to use digestives and they are quite plain. The wanted the main flavour of the cheesecake to come from the cheesecake body and didn't want the base to take over (unlike my Speculoos and lemon cheesecake). 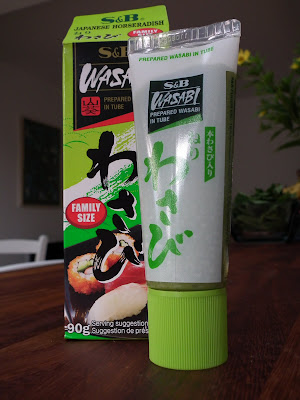 Once I had mixed the chocolate, cheese, condensed milk and cream together, I added the wasabi slowly by half teaspoonfuls, because a drop I had tasted before rapidly cleared my sinuses! Many teaspoonfuls later, I realised that it needed a lot more than I had anticipated. I then started adding the wasabi by long squeezes and the mix surprisingly needed almost half a tube to achieve the heat and taste I desired! 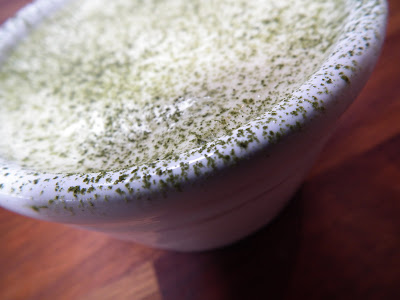 Unfortunately (and also unsurprisingly) the cheesecakes did not set. My friend's cheesecake mixture without the wasabi did set, so my guesses are that the wasabi interfered in the setting process, I have used slightly different ingredients to her, or I whipped the cream for too long (this last guess is most likely as I added the wasabi very slowly and mixed thoroughly between each dose!).

I made these into individual cheesecakes in ramekins. I tried to cut into a cheesecake and it literally resealed within seconds. I decided the best thing to do would be to turn them into a frozen cheesecakes. So they could almost be... ice cream cakes?! 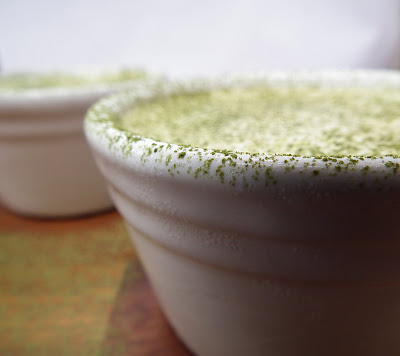 Frozen wasabi and white chocolate cheesecake dusted with matcha
After the cheesecakes had frozen, I let them soften up a little and dusted them with some matcha - to extend the Japanese theme. 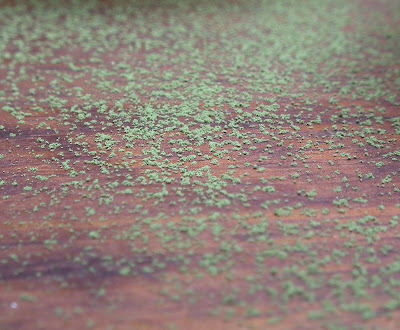 The wasabi flavour somehow tasted stronger than it did when it was in the mix, yet the intensity of the heat didn't follow the strength of the flavour. This could have been due to the temperature of the cheesecake when eating it (below zero), as no volatiles would have disappeared during the cooking as it was unbaked! My mum claims she's "unsure" about cheesecake, however, she ate it all up. I agree that the wasabi flavour was particularly bitter and that there was a slight cabbagey aftertaste. I think that another flavour needs to be present in order to take the edge off the bitterness such as lime. It would be best served in miniature portions for those with an acquired taste. 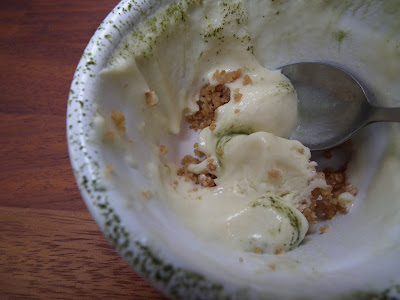 This was an experiment so I wasn't quite sure what to expect. I have learnt that I should follow a different recipe for an unbaked cheesecake (or just use my baked one!) and to perhaps use less wasabi next time, or make the cheesecakes bite-sized!
Posted by Hazel - Chicken in a Cherry Sauce at 15:32
Labels: cheesecake, chocolate, matcha, wasabi