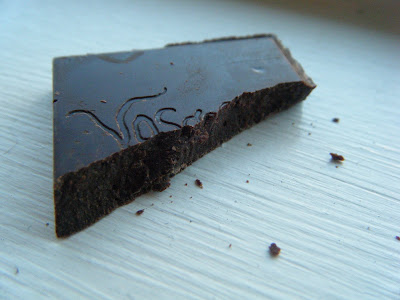 Bacon chocolate?! It sounded almost as strange as the Chocolate Curry. I am in love with bacon and maple syrup, as well as salted chocolate. I also really enjoyed the bacon and egg ice cream at The Fat Duck. I simply had to try this. 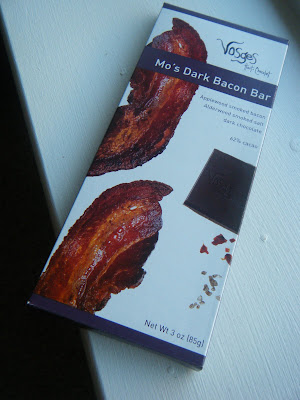 I found the exotic candy bar in the Co-op in downtown Davis, California. It comes with a rather hefty price tag of $6.75 for 85g, but it is in the name of research!

The smokey applewood aroma is revealed as the chocolate is unwrapped. Once a chunk melts on the tongue, crunchy pieces of bacon are unclothed from the decadent dark chocolate that surrounds them. This works, but I wanted more. So I had a little experiment myself. 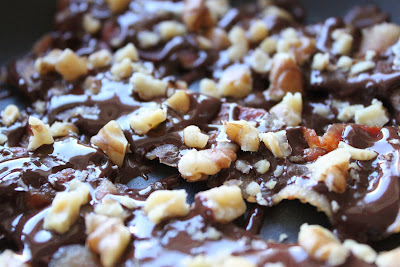 I decided to create some chocolate bacon, instead of bacon chocolate... 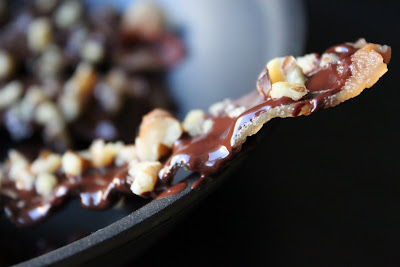 I cooked some Applewood smoked bacon (to imitate the aromas from Mo's Dark Bacon Bar, and also because it was one of the cheapest packs in the supermarket!) and drizzled over some Green and Blacks dark chocolate followed by a sprinkle of finger-crushed walnuts. 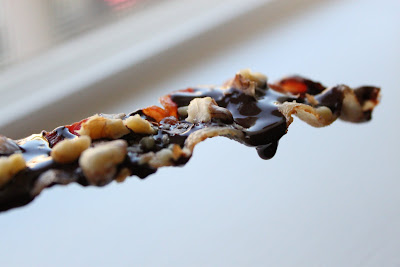 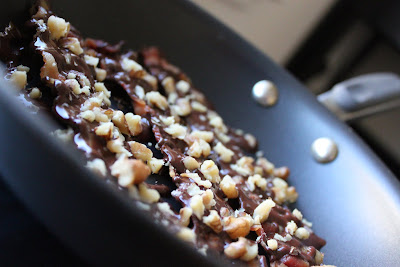 P.S. Did I mention the bacon was microwaved? Yes, it actually does work and produce normal bacon that browns and goes crispy, rather surprising! It's a very convenient and healthy way of cooking bacon - I cook it on kitchen towel to absorb the excess fat!
Posted by Hazel - Chicken in a Cherry Sauce at 20:47
Labels: bacon, California, chocolate