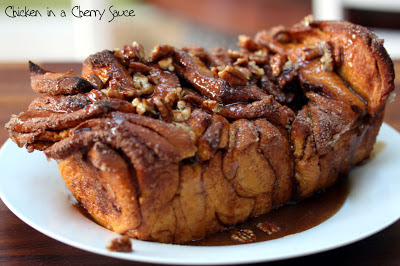 A couple of years ago my brother sent me a link of a pumpkin and cinnamon bread recipe which he asked me to make for him for his birthday. I'd completely forgotten about it until he mentioned it to me around Christmas time. He's a great brother but recently he's been a really great brother, so, finally I decided to make him this wonderful treat that he desired, and deserved! 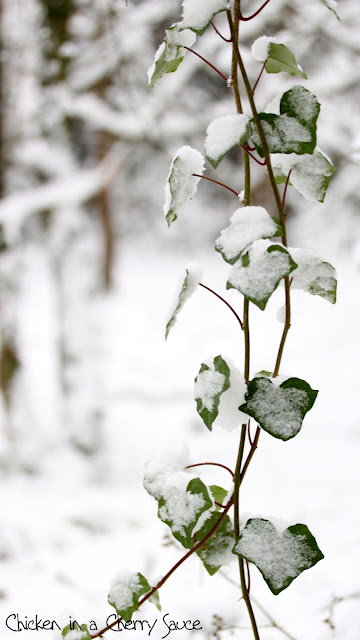 I baked this during the very snowy weekend in January, so I have included a couple of my snowy photos in this post. 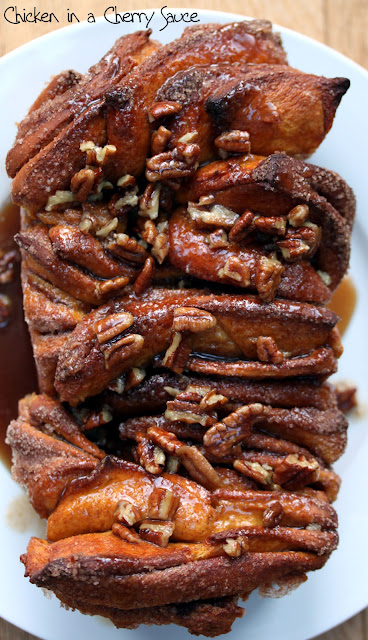 Since pumpkins are not in season, I substituted the pumpkin with butternut squash.

This recipe has been adapted from Sunny Side Up.

Brown the butter in a saucepan on a medium heat, being careful not to burn it. Remove from the heat once it has browned. Gently warm the milk in the microwave so that it is lukewarm, then slowly add to the browned butter and return to the heat until it begins to bubble. Pour the warmed butter and milk into a bowl, add the sugar and allow to cool to about 40°C. Then add the yeast and allow to proof (a foam will start to appear on the surface). Then add the butternut squash purée, salt and 100g of the bread flour. Stir until well combined, then add the rest of the flour and mix well. Knead for a few minutes until an elastic texture is obtained. Place in an oiled bowl, cover with a tea towel and allow to rise in a warm place for an hour, or until it has doubled in size.

For the cinnamon sugar, brown the butter then add the sugar and spices and mix until well combined. Set aside.

Once the dough has risen, place it onto a floured surface and knead for a couple of minutes. Roll out into a 20 x 12 inch rectangle. Spread the sugar evenly over dough and push down into the dough. Cut the rectangle into 6 strips and place on top of each other. Cut those strips into 6 even squares and layer them vertically into a greased 9x5 inch loaf pan. Cover with a tea towel and allow to rise for 30-40 minutes. Pre-heat the oven at 175°C.

Once risen, bake the bread for 30-40 minutes or until the top is golden brown.

For the glaze, heat the milk, butter, sugar and pecans in a pan until it starts to bubble. Remove from the heat and add the rum. Pour the glaze over the bread and serve.

Notes:
A foam did not appear after my first proofing attempt, so I gently heated the butter, milk and sugar mixture back up to 40°C and added another packet of yeast. After 10 minutes, a foam then appeared.

The dough expands quite a lot, so it is better to use a loaf tin too big (if one doesn't have a 9x5 tin), than a loaf tin too small. Mine was too small and some pieces fell out of the tin during the baking! 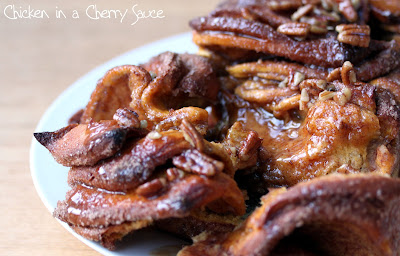 My brother was absolutely delighted with this treat, and, fortunately, it was a complete surprise to him, too. The bread had a slightly crisp crust with a sweet, spicy and chewy inside. The rum glaze was literally the "icing on the cake" - I wouldn't recommend making this bread without it! The little warmth from the rum really took it to another dimension - quite satisfying to eat when it's chilly and white outside! 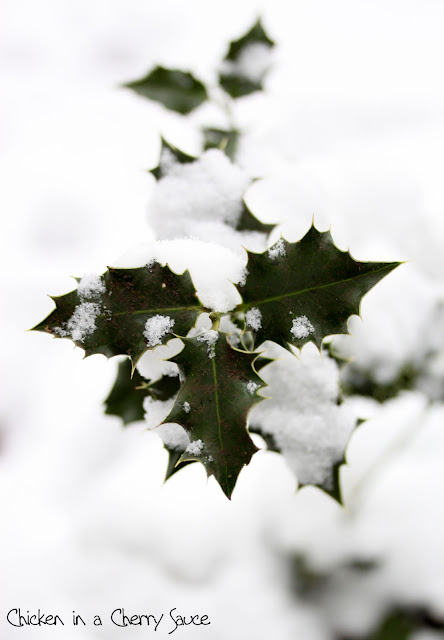