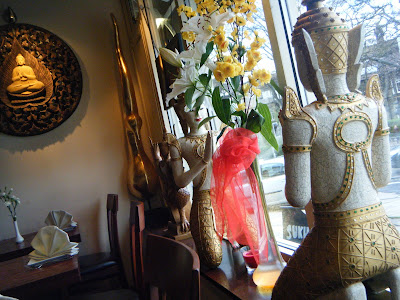 Sukhothai is a warm and friendly yet, classy Thai restaurant in Leeds. The authentic food and service has been to an exceptional standard of quality every time I have dined here. 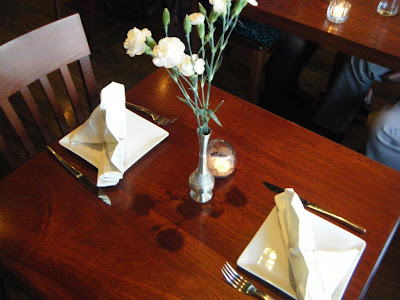 We were warmly greeted with a bow and a "Sawatdee Kaaaa", seated and asked if we would like any prawn crackers. I find that serving a sauce with the prawn crackers dictates the altruism of a restaurant... fortunately for Sukhothai they served their prawn crackers with a pot of sweet chilli sauce. Well done! However, it was very small pot and I do like my sauce and didn't have any to go with my last 10 crackers! (Bigger pot next time please!) 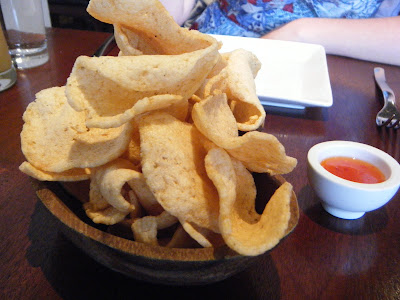 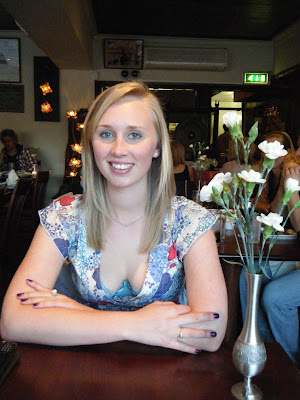 My friend Hana and I ordered the Special Mixed Starter for two (no. 131) which included a selection of Satay Chicken (one of my favourite starters - marindaded chicken on skewers served with a peanut satay sauce), Pandan Chicken (marinaded chicken wrapped in Pandan leaves), filled Tung Thong (deep fried vegetable filled dumplings) and Chicken on Toast (marinaded minced chicken sprinkled with sesame seeds served on toast and deep fried - very similar to prawn toast that you may have had at your local Chinese). The starters were all served on a large plate with a beautiful salad garnish as well as a hand-carved vegetable rose and various dips including the satay, sweet chilli and soy sauces. 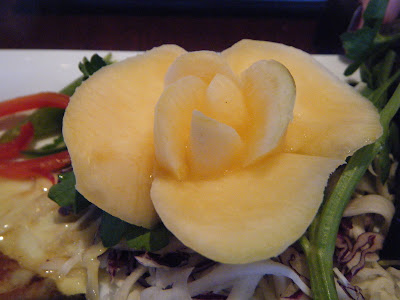 The Chicken Satay was delicately marinaded and the texture of the chicken was perfect - juicy and soft. The Pandan Chicken was again soft and lightly seasoned. The Tung Thong was probably my my least favourite part of the starter dish. The dumplings were a little bland and the vegetables were English rather than Thai (mainly peas and sweetcorn) however the vegetables were cooked well and the pastry was crispy. Finally, the Chicken on Toast was delicious. The flavours, again, were well balanced and the toast was crispy. If anything, the toast was a little too oily but this did contribute to its favourable richness. 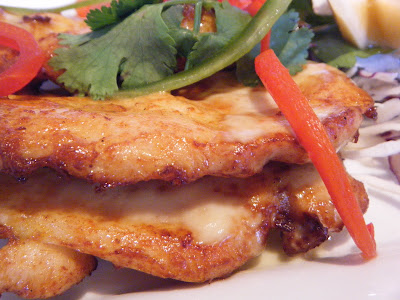 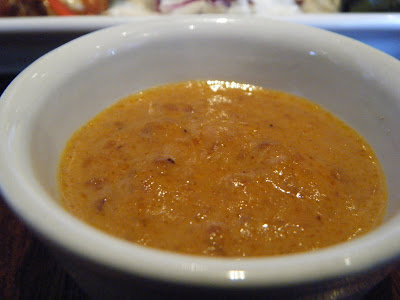 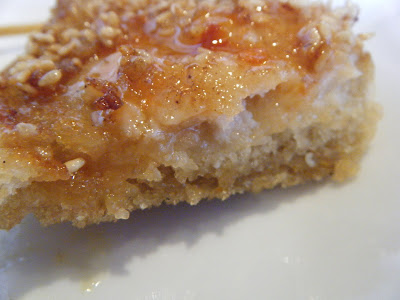 For mains, I recommended that Hana choose the Weeping Tiger, sometimes known as Tiger Cry, as she is not a fan of spicy food. I would also recommend a Masaman curry to someone who wasn't keen on really hot food because it is quite mild and I would consider it Thailand's version of a korma - mild, creamy and nutty. The Weeping Tiger is a sirloin steak cooked to your liking. It is served on a hot sizzling platter with a special Thai sauce that they pour over the steak at the table in front of you, creating a huge bubbly steamy sensation of flavours and aromas. 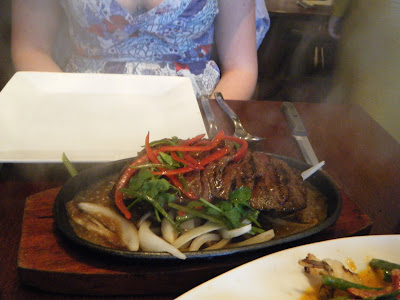 Hana's Weeping Tiger was very moist and flavoursome. She ordered it medium-rare and it had an incredibly soft texture. The sauce had a delicate flavour that allowed the flavours of the meat to be released. The sauce was so delicious we mopped it all up with hand-rolled balls of Thai sticky rice. 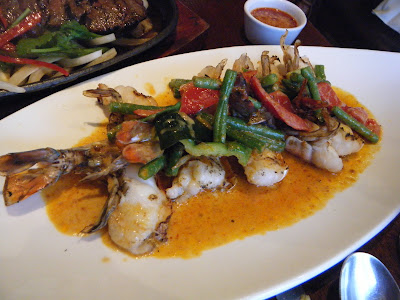 To my disappointment, this dish did not live up to its original incredulousness. As you may have read from my "Southeast Asian Favourites" post, I have a deep obsession with large prawns cooked in their shells. This is one dish that specifically brings me to Sukhothai over any other Thai restaurant because I have never seen prawns the size of these on my plate in England before coming here! From previous experiences in Sukhothai, this dish has been served with absolutely mind blowing flavours. One unique ingredient that I discovered at Sukhothai was fresh green peppercorns. They were served on their stalks (photo shown below) in the curry sauce of this dish. The stalks look almost like mini versions of the brussel sprouts that are sold on their stalks in supermarkets around Christmas time. 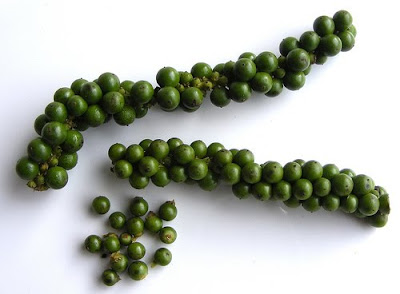 The prawns, unfortunately, seemed to be a little undercooked to my liking. I prefer my prawns to be super-charred so that the shell is edible (some people believe it is a little strange to consume the shell and head of a prawn but honestly, they contain so much more flavour than just the meat alone). The shell was still quite chewy and the prawns didn't feel soft enough - with the exception of one of the prawns that had a considerable difference in taste and flavour (very odd). I wasn't sure that the prawns went down too smoothly but this may have been due to my fragile state in consuming excess alcohol the previous night... The prawn shells also looked a little grey which also indicated that they might have been undercooked. I wasn't too bothered about consuming the shells due to my hangover anyway, so didn't bother to complain. I did, however, enquire about the lack of peppercorns. 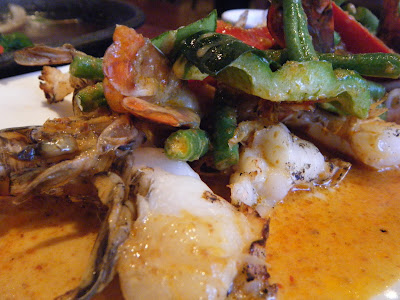 It turns out that the volcanic ash disaster had finally affected me. No holiday of mine was cancelled, yet I did not receive fresh green peppercorns in my Gung Yang Rad Prik Gang because they could not be imported from Thailand! It may seem ridiculous how much of a big deal I am making of this, but seriously, the psychedelic peppery-ness and aromatic herb-like flavours from the fresh green peppercorns are simply like nothing else I have ever experienced. Kaffir lime leaves, however, were in the dish and, I believe, they provide such an intense flavour that these leaves alone could potentially summarise the flavour of Thailand as one ingredient.

Overall, I generally enjoy every aspect of Sukhothai and it will remain in my heart for a very long time. I will continue to treat myself to an exquisite meal there when I have the funds to do so. 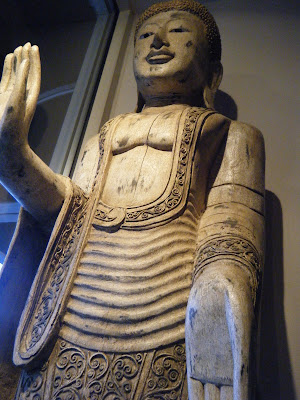