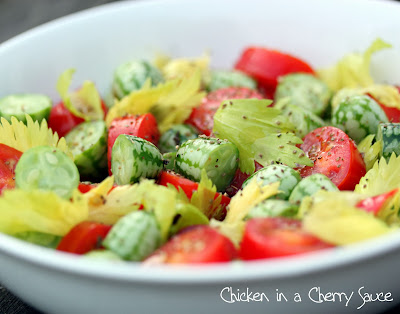 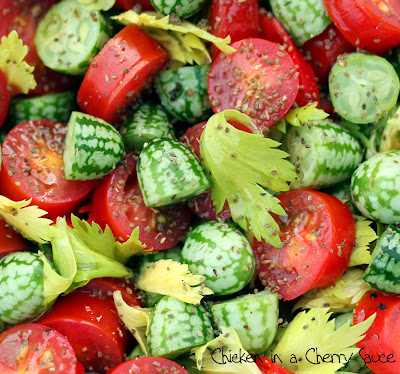 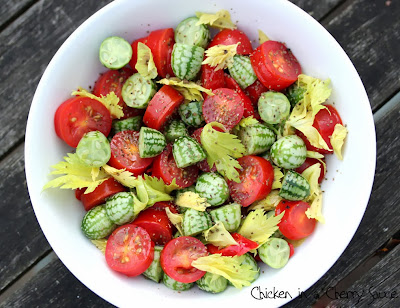 Instead of cucamelons, chunks of cucumber could be substituted.
Posted by Hazel - Chicken in a Cherry Sauce at 16:23
Labels: bloody Mary, cocktail, cucamelon, cucamelons, salad, vodka